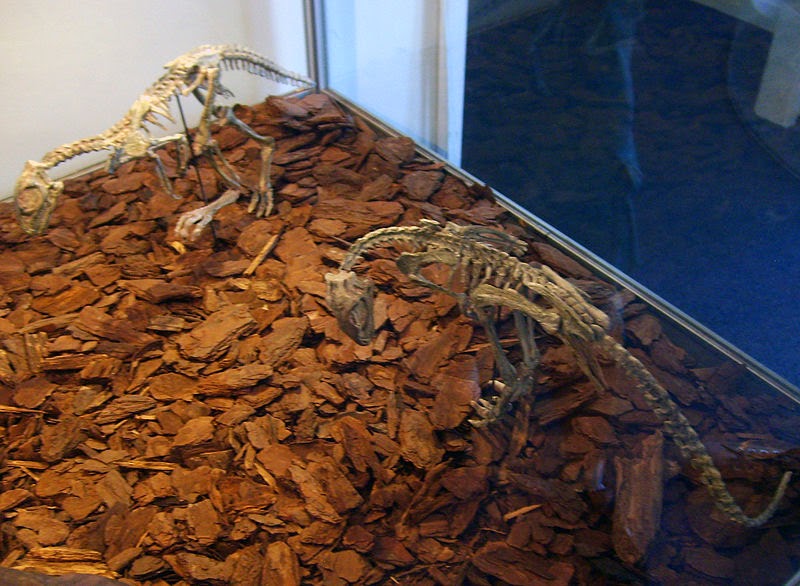 1992, Argentina. Like so many other stories in recent paleontology this dinosaur's discovery happens in Rio Negro Province of that country. The dinosaur was described in 1996 and named after famed Argentine paleontologist Zulma Brandoni de Gasparini by Rodolfo Coria and Leonardo Salgado. Gasparinisaura cincosaltensis (named for the location Cinco Saltos) is a small bipedal ornithopod that has been placed as a basal euornithopod. This dinosaur is fragmentary, but the fossils did contain gastroliths, which are always a welcome addition to fossil evidence as they impart many behavioral and dietary implications to the researchers.